Last Saturday night A.M. held their AGM in the Maldron Hotel, Oranmore, Galway.
At the meeting the club proudly presented Dave O Donnell from Cancer Care West and Fiona Thornton with a cheque for €22,500. On Saturday the 21st of July this year 23 of the clubs members swam 13 kilometres across Galway Bay for the annual Frances Thornton Memorial swim from Aughinish Island in Co. Clare to Blackrock in Co. Galway. In the last 3 years the club has raised over €65,000 for the Frances Thornton Galway Bay Swim in aid of Cancer Care West.
After the meeting the members retired to the resident’s lounge where they were treated to a slide show of photos from the year, finger food and humorous awards which included cutest couple, best baker etc. On a more serious note presentations were made to swimmers of the club who clocked up competitive kilometres over the 2018 season. 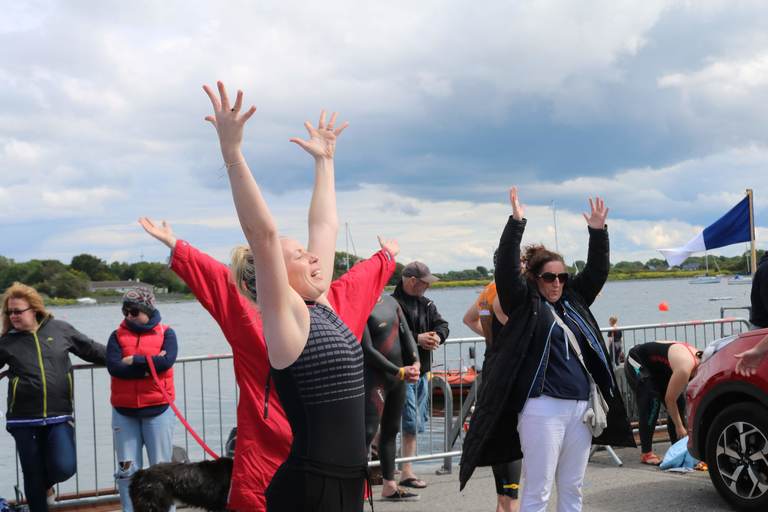