There were great scenes at Blackrock on Sunday as locals turned out to celebrate the homecoming of two Galwegians who had completed the English channel swim. Atlantic Masters swimmers , Fergal Madden of Derrydonnell and Dee Newell of Corrandulla, completed the gruelling 21 mile swim in 16 hours and 46 minutes and 14 hours and 54 minutes respectively and in doing so, became the second and third Galwegians to swim the crossing after Alice Flood in 2016. Newell who is a captain in the Irish Defence Forces and credits her parents for bringing her to swimming lessons as a child in Leisureland, said the swim was a lot easier than the build up towards the event. She said; “In the days leading up to this swim I meditated regularly and I kept my phone away from me as much as possible, trying to keep my mind as calm as possible, just reading books and making jigsaws. The main thing I focused on while Dee Newell pictured on her way cross-channel, one of the busiest shipping lanes in the world. On Sunday morning Atlantic Masters Swimming Club held a welcome home celebration for club members Fergal Madden from Athenry and Deirdre Newell from Corrandulla, who recently swam the Strait of Dover between the UK and France.

After such a long wait to get there once I hit the water there was no way I was going to do anything but enjoy it. “The swim itself was the easy part after the wait to get started; I was early to the beach, officially starting at 0053 in darkness with a spotlight on me from the boat to ensure I had cleared the water line to officially start the clock on the swim. The first four hours were in darkness, which I think was a good thing, as I never had the mental struggle of looking back on the looming white cliffs of Dover and the sunrise felt like the real beginning of the swim. I had hourly feeds throughout the swim and the time passed easily between feeds as I thought of many friends along the way.” It was not all smooth sailing for Newell as she had to compete with shipping tankers and jellyfish as well as being ill at the beginning of the swim. “I was sick at the start of the swim and [I] thought of one Galway Bay swimmer who was sick for the entire six hours of her swim; this got me through that section. I told myself if she could last six hours, I can last six hours. Luckily I only had to put up with that for about an hour and it was most likely nerves and not true seasickness as I have yet to be seasick while swimming. “I did meet jellyfish along the way but was lucky to only have one bad sting and not need to take any medication for it. The crew saw some porpoise accompany me on my way but the only wildlife I thought I saw other than the jellyfish was some lobster pot buoys which collided so quickly with me I thought it must have been a dolphin, this happened as the tide turned off Cap Gris Nez and although they were stationary the tide was pushing me so fast it seemed that they were coming at me at a blistering pace. “Coming out of the shipping lane is where the swim really starts and I had been warned that up to this point is comparable to base camp Everest and from here to the beach was the summit. Before this point I felt so comfortable throughout the swim, that had I been asked to swim back to Dover I would have been able to do that. After what I now call the half hour of power to get out of the shipping lane, coupled with not being entirely sure if I should be pushing for the finish at Cap Gris Nez, resulted in me being very happy when the claxon went off to say the swim was completed after landing on the French beach Wissant. “I only had to make the short swim back to Suva (my pink boat) and get into dry clothes, where I could recount the whole experience with my crew and family at home.” Madden (48) completed the challenge a day earlier, becoming the first Galwegian man to swim the Channel. Having started just before midnight on Friday night from just outside Dover, Madden, whose father, Tommy, was a renowned athlete and member of the famed Derrydonnell Athletics Club, touched land on French soil in Normandy on Saturday afternoon. It was a culmination of three years of preparation for the man who was instrumental in setting up the Atlantic Masters Swimming Club which now boasts in excess of 70 active members. Madden has also completed six Galway Bay swims and four Lough Gill swwims so far. 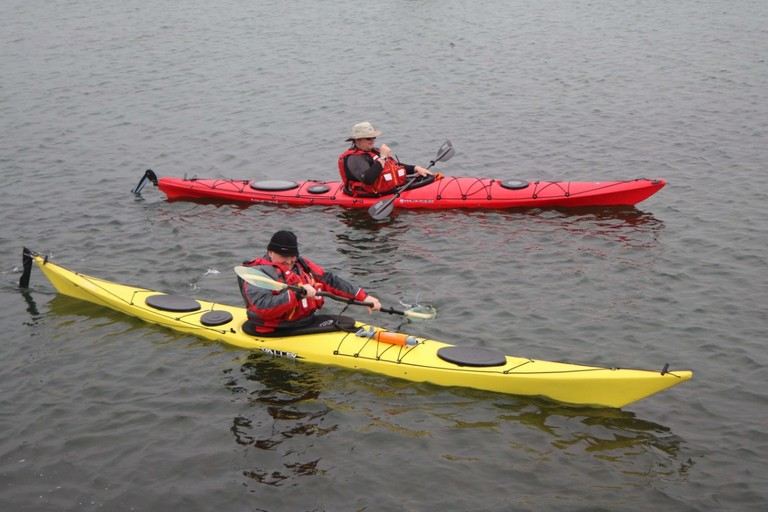