Renville is a habour on the north side of Galway Bay, approximately 4 miles from the village of Oranmore. While there is debate amongst club members as to when is the best time to swim at Renville, some club members will swim at all stages of the tide, others will avoid the hour either side of low tide. Renville is sheltered from all winds except a Westerly but it takes stormy conditions to make it unswimable.

This is a working pier with commercial fishing and leisure sailing / boating taking place in the area. In the interest of all users, we generally swim in the yellow channel outlined below. This is shallow water (but deep enough for swimming) and out of the main boating channel. All club members should wear a tow-float while swimming in Renville, agreements with the local fishermen and the sailing club mean other water users are accustomed to watching for the tow floats.

Hugging the coastline, keeping about 10-15 metres from the shore, it is normally a very safe swim and there is continuous exit points should you need to take a break, you are never more than a couple of strokes from standing on solid ground.

We use a couple of reference points for marking distance, first is the channel marker, outlined below. A round trip to the channel marker is approximately 1.9 km of a swim. A round trip to the headland point is approximately a 3 km swim. We do not recommend swimming past the headland, currents change dramatically after that point.

Lifeguards: None, this is not a guarded swim spot, swim in groups, within your own capabilities.

Currently there is an abandoned mooring at the bottom of the slipway, it has been there since Summer 2018 and we have no idea who owns it. It may be of concern to a swimmer coming back in from a swim who rounds the slipway marker tightly.

More than one swimmer has been known to get wrapped up in the rope off the mooring! 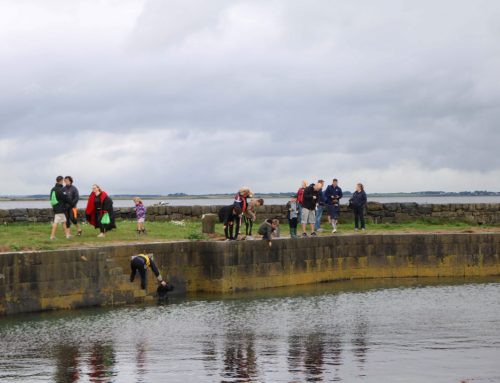 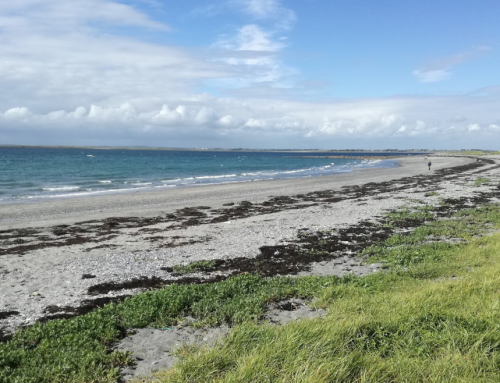 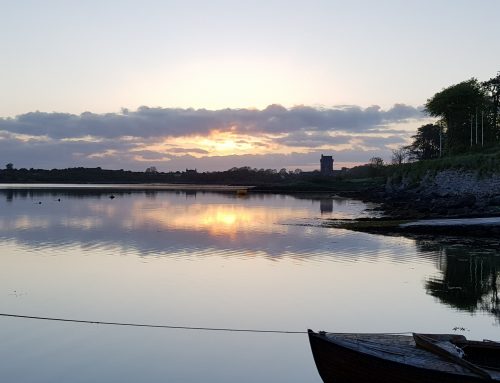 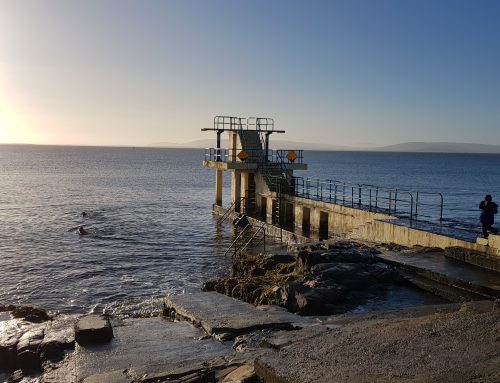